Adj.1. Felt or undergone as if one were taking part in the experience or feelings of another

This is the word of the day or perhaps the season as a few unrelated members of The Council (my inner circle of BEST friends) stated how they were living through me. Not that my life is super fantastic (although it’s pretty great) it’s mostly as a result of my suddenly interesting dating life. Now most of my council members are all damn near married so we would think that I would be trying to live through them.

I’m too tired to go into the whole inner-workings of my recent popularity BUT I can at least say the following:

Also, the situation up here is LEAPS AND BOUNDS better than Connecticut. Apparently, the one council member who’s remedy to my tales of tom-foolery was “You just need to move!” was sage advice.

More tales to come…but I find the recent use of this delightful vocabulary word…quite noteworthy. 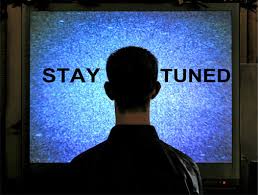 Dear Brandy: Welcome Back! You did that!

*Editors Note: This post was originally written on October 17 yet not posted until today

Let me start off by saying, While i’ve always been a fan of Brandy, there have definitely been at least two albums she’s released that I didn’t even waste my time listening to samples of because I was just plumb NOT interested. Just being honest, as far as I was concerned, nothing could be Never Say Never. I mean Afrodisiac was VERY good(in my opinion), but nobody really appreciated it. But that album Human? That first single wasn’t working for me and I wasn’t interested in finding out what else happened on that album.

So fast forward to this week(October 12) Brandy releases her sixth studio effort TwoEleven and I, again, wasn’t going to waste my time. as I was just plain disinterested. I love her as a person but wasn’t checking for the music. I am however glad she isn’t doing reality TV anymore because that was NOT a good look for her. She was depicted in a very unfavorable light (the whole family actually) luckily she realized that so I’m glad we’re all in agreement. But I digress…my point?

I did end up sliding over to iTunes and listening to her album. The top eight songs I wasn’t feeling as they sounded a bit overly auto-tuney…but by about Track 10 I was all in…

My summarized point: BRANDY! Did that thang…This took me back to the feeling I had when Full Moon dropped(the single NOT the album). I’m almost on “Never Say Never” levels,  ALMOST! That album right there was a masterpiece… but with Two Eleven, she’s well on her way and I’m very happy for her. In general.

Go listen for yourself and I bet you’ll love at least one track.

I’m going to try and keep my composure. I’ll just temper my excitement with the following statements:

I ADORE my baby sis! Not just because her knack for winning contests will soon have us on easy street BUT because she’s a REAL RIDER! Anytime something great happens she looks out for Fam. As would I if I ever won anything of note. But yeah she’s just plumb delightful as evidenced by this super-cute sequence of photos below…

All I can think about is how will my hair be done? It is times like these that I wish some of Steve Urkel’s inventions, such as his telepad  machine, were real.

I would teleport my ATL “hair designer” up here so quick. Nobody quite lays it down and chops it up like he does… *Le sigh*

Lastly, I’m about to be “All-Beyonce-Everythang” in a minute…Countdown has been stuck in my head all day. After watching the video I’ve decided this jam soothes my palate much better.

This turned out to be the recurring theme of the last quarter of 2012 for me as a relocation to DC peppered with a delightful run of VIP attendance at NBA games became the norm of my life in the wonderful month of November.

The second game I attended was during my Thanksgiving in Philadelphia. S/O to the best big brother ever for what was a spectacular birthday gift…I feel like that is probably the most money that’s ever been spent on me in all my life. There was actually too much excitement from October to now to recap but this list of highlights should paint the picture good enough…

Yeah, things are off to a pretty neat start. Stay tuned.

*Been So Long*…But Now I’m Baaack!

I know I’ve been gone for a minute and there has been so much going on and so much movement but now: 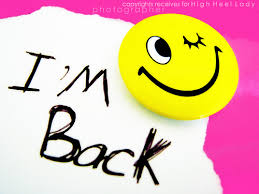 From October to now there has been a lot going on in the mind of LaurenMichele Live I hardly know where to begin…I figure one directive I will include in my consecration is to re-dedicate myself to this space and be sure to write and post something EVERYDAY. No matter how tired, no matter how long the day…something new will be here for you to feast if for no other reason to make-up for the 3 month absence.  So what all has been going on with LaurenMichele Live you ask?