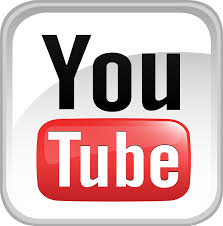 So I was drafting this email to my friend of the sheer brilliance I’ve been watching on YouTube…then it occurred to me…I should share this with everyone so I literally have copy and pasted my review complete with links and brief thoughts and commentary of the top shows and channels that I stalk YouTube for every week. Much like I do ABC ever Thursday a Scandal is coming on. Or Every Thursday or Friday when The Read Podcast is up!

So enjoy the listing and let me know your thoughts once you get caught up… I’d love to discuss some of these shows with people because thus far I just talk back to my computer screen(since I’m watching alone) or write a brief comment.
WARNING: Watch when you have free time because you will be hooked and want to click and watch EVERY episode posted. This is NOT a drill! 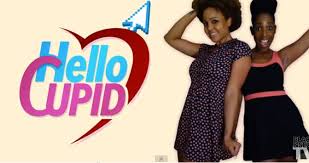 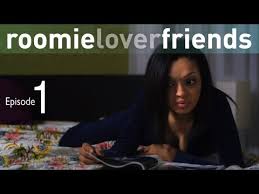 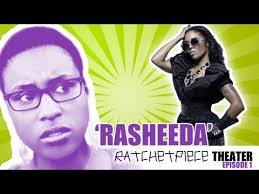 RatchetPiece theater
Okay a few notes/background.
TheUnwritten Rules– I just stumbled across the first season yesterday and it’s been up a year. It’s a show about black people’s unwritten rules for the workplace when their the only token up in that mug. The second season it actually about to start in a week so now is a good time to watch it, because you won’t have to wait long to see what happens next.
Issa Rae Productions Channel
Awkward Black Girl I mentioned to you before. IDK if you watched it yet but the Executive Producer and star of this show is now all over the place (Issa Rae) she’s actually about to be on a Talk show that’s airing on Magic Johnson’s  Aspire network(This summer). So everyone should get caught up on what she does. The show is flippin hilarious. and Sheer Brilliance…thus why she’s taking off like a rocket ship right now.
Her other show RoomieLoverFriends, is scandalous which makes the story is so good it’s addicting. I wasn’t sure if you’d like this one since it’s basically about roommates sleeping together so I didn’t include the link but they’re on Issa Rae’s YouTube channel.
RatchetPiece Theater I don’t actually watch. Like I’ve seen a few videos and they were funny but haven’t seen them all. This you will like.
Black And Sexy TV
Black and Sexy TV has a few shows on its channel. The Couple, The Number. I’ve never sat thru these but I hear they’re good so you may want to watch their whole channel the shows I listed above are their more recent productions.
Hello Cupid – This show actually pissed me off in that the whole idea of what they do(you’ll see in the first episode) is SO STUPID I’m mad that it went on this long. It makes me mad but yet I can’t stop watching! So you have to check it out.
That Guy – This show is a trip. Because I promise it doesn’t seem like they’re acting. It’s funny, but it’s also SO REAL.So this is your official “YouTube Series Guide” listing AFTER you’ve clicked on the above links shoot me an email with any questions or thoughts…I’m sure you’ll be hooked.
Allow me to warn you again. Watch these when you have free TV time because you will be hooked and will go thru and watch every episode that’s available!
Let me know your thoughts!

Much like how I felt about that new Campbell’s Chunky Soup I discovered, I just had to share this with the masses as well.

Yet again, my favorite website/blog (MadameNoire.com) has come through putting me up on more sheer brilliance. I’ve heard of “Awkward Black Girl” and seen it mentioned before on other sites but I never really took the type to go to the website, click on any of the links and actually watch the show. Well, actually, I didn’t even know it was a show.

So, today I finally checked it out and I kid you not the first 5 episodes had me literally laughing out loud. While, I don’t really relate because I’ve never considered myself an “awkward black girl,” the situations are still hilarious and some of the “awkward” questions do make a lot of sense. For Example, If you walk past someone in the hallway more than one time during the work day, am I supposed to keep saying hello every time  we cross paths? Didn’t we already establish the greeting? Now, I have to keep thinking up things to say every time we see each other, that’s doing entirely too much?!?! This issue is explored in episode “The Hallway.” I would have to say “The Stapler” was one of the funnier episodes; but the first episode, where she writes the rap song about her Ex breaking up with her? I was too thru with the lyricism LOL. How she repeated the line for catchy-ness effect (I see what she did there) #priceless…

It’s really genius and creative and quite witty. Me giving my overview and notes on each episode would really take too long to write and even longer to read. Just check it out, I’ve provided a sample below. But everybody should really catch the entire 2 seasons.