*Epiphany* Hips Are Getting Thick Around Here…

While putting on a personal fashion show in my closet to see what clothes it’s time I let go, I made an unfortunate discovery…

I have put on a little weight. Now most people who see me probably couldn’t tell  or they’ve been polite enough to not say anything, BUT regardless I can tell and that’s all that matters.

While I’ve never been “rail thin skinny” (at least not since I’ve been an adult…I never thought so) I’ve become just a bit too thick for my liking. There is a thin line between thick and just plumb overweight ( as pictured above) and I’m skirting that line pretty good now. I’ve always had what I deemed a “fluctuating stomach” meaning when my I’m stuffed( from eating) it shows in my stomach and inversely if I hadn’t eaten all day, my stomach is noticeably flatter. Right now I’m in the video girl thick zone minus the toned stomach.

Now one might say, oh that’s not so bad, and I would agree (because at least I’m thick naturally as opposed to that stupid butt injections phenomenon) BUT when my clothes start trying to play me like I bought them out of the juniors section or I still shop at Aeropastle with those narrow-behind models and tight-fitting clothes, THAT’S when I take issue.

So, with today(Oct. 2) marking exactly  one (1) month until my birthday, I decided now is a good time, with a 1 month deadline, to get this situation under control. So, I went out and did the unthinkable…I joined a gym! Now anyone that knows me remotely knows how much I CAN’T STAND the gym! Not that I don’t like working out, I just don’t like the gym, give me a dance class or let’s go play tennis, but don’t make me go to a gym. THEN on top of that, I’d sooner be a monkey’s uncle before I pay monthly to go to a place that I don’t even like. I’d always opt to  save my money and stay my behind home.

But, if I’m serious about nipping this situation in the bud I need to try something. I’ve been saying for years: ‘I need to get in shape I need to get tone,’ but stop short of paying for a membership. I would go walking, but truthfully, my walks were more like strolls, not really calorie burning treks. Now before you try to play me, I’m not a lazy bum or fat slob, I used to play sports back in the day, I just retired upon graduating from high school, choosing to rely on those previous workouts to carry me into my 20s. 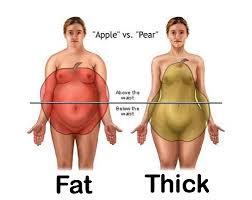 For me this is only about getting toned and into better shape, because I’m REALLY GOOD for huffing like I just ran a marathon after climbing a three flights of stairs. “I want to look as good as I feel” to quote one of my good friends, and since I’m blessed to have all of the use of my limbs and faculties I need to get out and use them.  I declared for my birthday last year that I’m going to start taking better care of myself (appearance wise) and making sure I’m always on point, and  gym time would be the only thing that’s missing. I really didn’t need it before, but in the final hour(read: month) before I turn a new year older, the gym called and said…”Come holla at us.”

So, I just did it, like Nike. I signed up today and actually worked out. My first day at the gym was cool, but not completely mishap free.

I started out on the treadmill, which was straight. I wanted to get a little running in, but as I began I realized, “hey, I’m tired…” I trotted along because I wanted to get to at least a mile on that apparatus BUT while jogging briskly I hauled off and closed my eyes and apparently slowed down my pace. Tell me why I was almost thrown off the thing. I opened my eyes to catch myself with about a step left before I hit the floor. I was still on my feet but I apparently went past a censor because the machine cutoff and said “Good Workout.” I tried to play it off and pick back up and keep going but it was done,  I would’ve had to start all over so, I just changed machines.

While making my rounds to the other items in the gym, I was stuck with a great EPIPHANY: I realized why I can’t stand the gym. because working out is tiring! It’s way easier to just sit around and be lazy.

Too bad, I’m one of those, “can’t always take the easy way out” type of people.